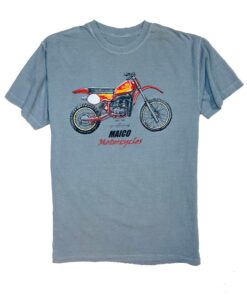 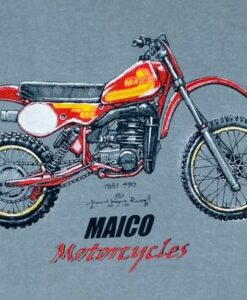 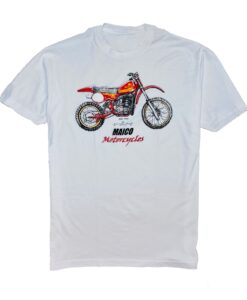 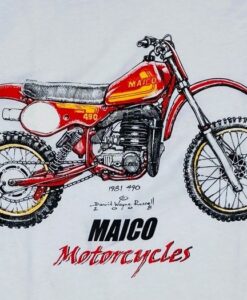 SKU: N/A Categories: 1981 490, Maico Tags: 1981 Maico 490 t shirt, Maico 490, maico motorcycle t shirt
About
The 1981 Maico 490 motocross bike was a phenomenal design. Not only was it the best open
class motocross machine in 1981, but it is also considered by many industry experts as the best
production motocross motorcycle, for its time, ever built. The 1981 Maicos featured
improvements on their earlier successful frame designs, including the mounting of their robust
leading-axle forks and forward-mounted twin-shock rear suspension. The frame geometry was
so good, in fact, that former Maico manager and current KTM senior executive Selvaraj
Narayana maintains that it laid the basic foundation for every modern off-road motorcycle built,
since that time. The 490cc engine was also exceptional. The 490 is still an amazing motorcycle; so much so that, every so often, a magazine or group of friends stages their own “shootout” between an ’81 490 and a modern bike. Even 35 years later, the 490 can hold its own.
Incredibly, Maico’s 1981 success did not translate into long-term viability for the small
(approximately 260 employees) West German company. By fall of 1983 the great company had
entered bankruptcy.
Product Details

There are no reviews yet. 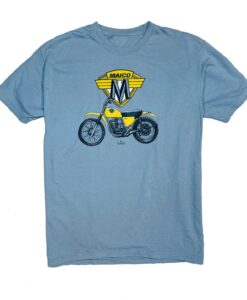 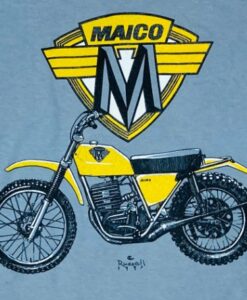 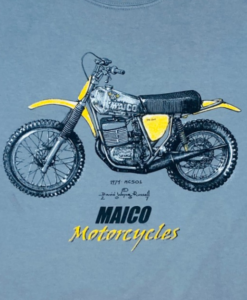